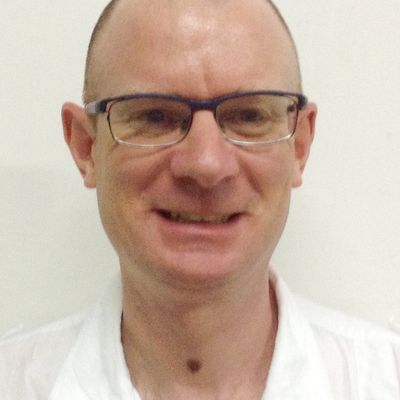 Update Required To play the media you will need to either update your browser to a recent version or update your Flash plugin.
紹介ビデオを見る
Liverpool Hope University College
English Literature and French
DONGYING, 中華人民共和国
イギリス
講師歴5年5ヶ月

Hi. I'm James or Jim, if you prefer. Originally, I come from England, in The UK, but I left my home country in March 2009 and have only been back twice since, for holidays. From March 2009 to July 2015, I spent six years living in Hefei, Anhui Province, Eastern China. I worked in a boarding school, a language school and also a university.

From July 2015 to June 2019, I was living in Baguio, Philippines, where I worked from home, online. I worked for two organisations, Anglophone (based in Almeria, in the south of Spain) and also here on this Skimatalk platform. During those four years, Skimatalk became my main source of income and I became one of the most successful and top ranked teachers.

In June last year, though, 2019, I returned to China because Web International English, the language school for which I had previously worked, made me an offer I simply couldn't refuse to come back again. Unfortunately, a few months later, in October, this company suddenly declared bankruptcy and I was left unemployed.

In November last year, therefore, I relocated from Hefei to Dongying, which is a small city in the north east of China. I am now working full-time in a high school, teaching American Literature and English reading, speaking and writing to fifteen and sixteen year old students. Whenever I am able, however, I will try to make myself available to Skimatalk students as well.

What I should say is, there are always going to be internet issues, here in China. Most or all foreigners, living in China, use a VPN (virtual proxy network) to access the western websites which are blocked. My internet connection is better and faster when our VPN is connected. Sometimes, though, the Chinese government tries to block VPN's and they become unavailable for a few days or a week etc.

Sometimes, on our local network, even western websites which are not blocked, work very slowly. Sometimes I am unable to access articles, from Skimatalk course lessons, without my VPN. I just want to be honest here. I don't want to cheat you guys. Please understand that if you book sessions with me, they may be affected by internet issues. My internet connection is not the greatest and I want you guys to know this before you book with me, so that you will already know what to expect.

Despite these troubles, my connection still works well enough to teach - most of the time. If you are open-minded enough to understand my situation, I would be delighted to try to talk to you and improve your English as much as I can.

I use a variety of teaching material from different sources, in particular www.breakingnewsenglish.com and www.linguahouse.com - I am quite capable, however, of conducting genuinely free spontaneous conversations without the need for any pre-prepared material.

2001 - 2003
Mercer HR Consulting 金融
営業・カスタマーサポート
I provided administrative support within a teamwork context, taking care of the administration of a number of defined benefit, final salary pension schemes, on behalf of several corporate clients.
2004 - 2006
Prospect Connect ビジネス業務支援サービス
経営企画・事業開発
I worked on a number of different telemarketing/telesales projects, on behalf of both private and public sector clients, developing their business by data cleansing and also the generation of qualified sales appointments.
2007 - 2009
Hornbuckle Mitchell Trustees Limited 金融
営業・カスタマーサポート
I was responsible for all aspects of administration of over a hundred clients, each of whom had a SIPP (self-invested personal pension). My duties included buying stocks and shares on their behalf, placing other investments and purchasing commercial property etc.

2002
TEFL
I successfully completed my ESL teacher training, at The Advanced Institute in Barcelona.